Many people around the globe had marked this date on their calendar as this is the day when Total Solar Eclipse also known as Great American Eclipse was visible in contiguous United States.

As per Wikipedia – “The last time a total solar eclipse was visible across the entire contiguous United States was during the June 8, 1918 eclipse, and not since the February 1979 eclipse has a total eclipse been visible from anywhere in the mainland United States.”

While eclipse fans and millions of people enjoyed watching this event wearing their eclipse glasses and solar eclipse shirts, there were a bunch of people who must have been be very happy today as they made loads of money due to this one event.

Together they sold tshirts worth approximately $2,97,000 on Amazon (over a quarter million) and that too in last 1 – 1.5 month only. 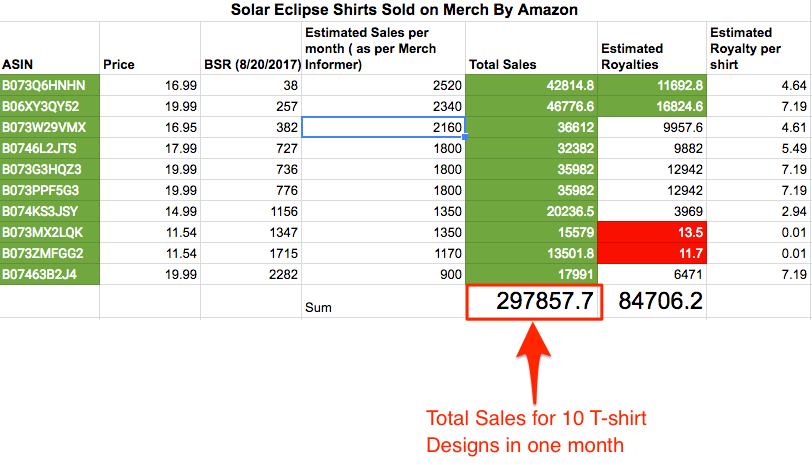 These tshirts were sold on Amazon via Merch by Amazon platform.